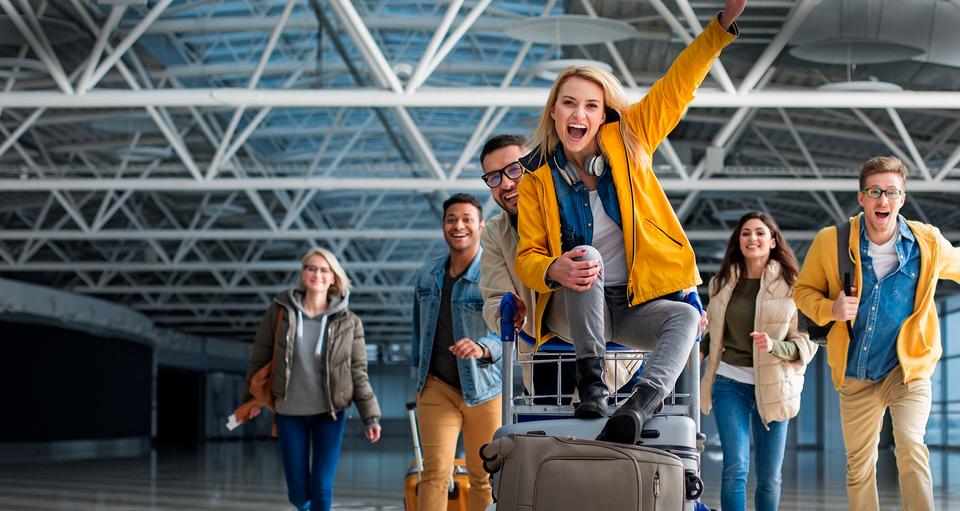 Airfares fluctuate with the travel season, but they also change as airlines try to fill more seats. With competition at an all time high, and margins so low, airlines are continually having seat sales to make the most of each and every flight.

There’s lots of cheap flights to be found, and we’re sharing many of the best tips with you.

We look at tens of thousands of flights per day, and make finding insanely cheap flights possible.

From what we’ve observed, the dynamic pricing of airfare is always changing, and there are lots travel deals to be found. On average, we’ll look at over 100,00 flights a day, and filter these down to the best savings.

When looking for your own deals, if you’re interested in insanely cheap flights, the following will make a big difference on your quest.

To find the best deals, there are two things that help. Being flexible on your destinations, and travel dates. These two things will open more possibilities, and increase your odds of finding cheap flight tickets. Also consider that if there are departure options nearby, you might find additional travel deals by exploring options at another airport.

Related: Travel Myths You Should Know

When Should I Fly?

The cheapest time to fly is between January to mid May, and September to early December. The most expensive time to fly is mid-June through mid-August on average, along with Christmas/New Year’s eve.

Related: Flying Secrets and Things the Airlines Don’t Want You to Know

When to book my flight?

It’s recommended to book in advance 2-8 months for international flights, and about 1-3 months for domestic.

But you should also keep in mind that if you book too early you could be missing out on sale prices, and if you wait too long the rates might be increased.

There’s an assortment of myths for booking cheap flight tickets, but one that still rings true is that booking on a Tuesday or Wednesday will typically give you the better deals.

While many probably prefer to leave for a trip on a Friday or Saturday, travellers can save up to 20% if they choose a mid week departure date like Tuesday, Wednesday or Thursday. It’s also worth mentioning that flights in the evening (even redeye) can save you almost 10% more too. There are some that say Wednesday is the best day, but we’ve seen impressive deals on Tuesday and Thursday. In general, mid-week can save you more. You just have to check which is the right day.

At the same time, the first flight in the morning can also be cheap, mainly because few want to get up at the crack of dawn.

Where to Look for Cheap Flights?

There’s lots of options to find cheap flights. Using a number of different OTA’s to check fares for the same departure and destination is part of the cheap flights journey to saving.

Some of our preferred websites include:

Not to say that others like Orbitz or Expedia aren’t good, we often monitor many others as well.

Watching a few airline websites is also advised. Wow Air is one many don’t know with cheap flights to Europe. Norwegian Air is another good one to watch.

Depending on where you want to go, some airlines to watch include Ryanair, Jetblue, Air Transat, Southwest, Easyjet and others.

This is a less talked about travel hack. Not only can you check rates between two airlines or OTA’s, you can also booking sites in other country versions. For example, you could check Kayak and if you lived in America it would redirect you to the U.S. site. But you could also try that same LAX to Paris search, or whatever it is, on a different country site such as the UK version, or Dutch, French or another country. Sometimes they’ll have different carriers/airlines that you might not have seen in the U.S. version.

Let’s say you were interested to go from New York to Paris, but the flight was $700. However, you find a flight from New York to Rome or another European city with a layover in Paris for less. Book yourself the cheaper flight and walk out of the airport in Paris, but keep in mind this really will only work if you have carry on luggage. This is because your bags will continue to the final destination.

One might presume a roundtrip ticket would be the best bet, but if you’re willing to put in the effort, sometimes you’ll find deals by booking a couple one-way trips instead. For example, you were flying from New York to Madrid on United, and to return to New York you might fly on another airline such as Norwegian. While you have to book two separate tickets, there are deals to be found this way at times too.

They don’t happen often, but they do exist. The elusive error fares are the travel deals that are the ultimate cheap flight, and finding them on your own a real challenge. The best chance of seeing them is to subscribe to several newsletters as they don’t happen often, and they don’t last long. Think in terms of hours. Once the airline realizes their mistake, these cheap flights are quickly pulled. And while there’s no guarantee that the airline will honour them, more often than not the error fares will be accepted since its their mistake. Flights to Europe or Asia for less than $200 are examples of mistake fares we’ve seen.

Roundtrip vs One Way Fares

It might not make sense, but if you were booking a one way flight, it can be worth checking the cost of a round trip versus the one way flight. According to USA today there’s a few possible reasons for this. A round-trip ticket is considered more convenient for an airline when it comes to scheduling, since they know (or think) that you’re going to be on that flight coming home. Also, most round-trip travellers are typically tourists that are interested in finding the cheapest fare, so the airlines cater to them and provide prices accordingly.

If you’re not opposed to a less direct and longer duration, exploring the option of more stopovers can sometimes help you save more as well.

There’s all kinds of credit cards to use that can earn points or miles for future holidays, just for signing up. Many offer offer 50,000-100,000 points just to sign up, which is the equivalent to a round-trip flight from the U.S. to Europe. Besides paying them off quickly to avoid interest charges, you also want to keep an eye on fees. One of them to make sure of is they are not adding a surcharge for paying in another currency. Also keep an eye out for credit cards that offer referral bonuses. Just by telling a friend or family member of a good credit card offer, you could benefit from a few extra air miles. Everyone wins. If you have the self-discipline to pay off your card before the end of the month, make every purchase with it to accrue additional air miles. Finding a card that allows you to transfer points to travel partners instead of using the credit card’s travel booking portal can also be a huge help. Sometimes the partners have better redemption values than the credit card’s booking portal.

When you’re a member of a frequent flyer or airline rewards program, you should buy everything through their shopping portals.

For example, if I book on an OTA such as Booking.com through the United MileagePlus program on my Chase Sapphire Reserve card, I earn three points/dollar at United plus three points/dollar at Chase, for a total of 6 points per dollar that’s spent. Double down and collect those points. It doesn’t apply just to travel either.

Be sure to check back for more insanely cheap flights tips, for this guide is updated when we can.